Mr. Loew was born in Brooklyn, New York and began serious clarinet studies at the Juilliard School of Music where he was principal clarinetist in the orchestra under the direction of Maestro James Conlon. Steve received a Long Island Musicians Scholarship and a full tuition scholarship as winner of the Newsday competition to study at Hofstra University where he was principal clarinetist with the orchestra and Wind Ensemble. Steve continued his studies at the Juilliard School and at The State University of New York at Fredonia where he was awarded a full scholarship to study with Fred Ormand.

Mr. Loew has studied with Stanley and Naomi Drucker, Donald Lituchy at the Juilliard School, Leon Russianoff and Fred Ormand. He is a 14 year veteran of the United States Marine Band in Washington, DC. ( The President’s Own) where he was a solo clarinetist with the band and a member of the White House Orchestra.. Steve has performed for President’s Ford, Carter, Reagan and Bush Sr. Steve has performed with the New York Philharmonic, The National Symphony Orchestra, The Long Island Symphony, The Chautauqua Symphony and the National Gallery Orchestra.. He has appeared on many television specials backing up some of our Nation’s finest artists. He has performed with Marvin Hamlisch, Doc Severinsen, Johnny Mathis, Roberta Flack, rock star Meatloaf, and jazz great Barbara Cook. He has toured and performed extensively throughout the United States and abroad.

Mr. Loew completed his Military Service as Chief of Operations and solo clarinetist of the 257th Army Band (Band of the Nation’s Capitol) with 21 years of service to our Country. Steve continues to play solo clarinet with the Virginia Grand Military Band in the Washington DC area and actively play chamber music in both Asheville and throughout the Country.

The majority of students I teach do not become music professionals, however they incorporate their musical discipline into every facet of their life. The many challenges of music study such as playing for an audience in a small student recital will help public speaking and make students feel comfortable playing before an audience. The ability to play in ensembles with other children will help them learn the skills of negotiation and listening. The ability to diagnose a specific problem to practice will help problem solve and focus on precision. These are just a few ways music empowers youth to grow and mature intellectually.

My musical pedagogy is based on having the student work towards playing in ensembles and student recitals. Clarinet is a linear instrument, meaning that there are no harmonies or multiple voices being played as, say, a piano. It is important for the student to begin playing duets with me as soon as possible to appreciate intonation, harmonic listening and phrasing. It is important to note that the enjoyment of playing comes from practice. Over the years I have had parents tell me that their children do not enjoy practice. I always surprise them in saying that I did not like practice as well. Practice not only makes perfect it gives the student the enjoyment of accomplishment.

My lessons are focused on students enjoying their experience and loving their instrument of choice. The clarinet is an instrument of many moods and can be played in both classical and jazz idioms. The range and sound of the clarinet can be a gentle lullaby or can be the cat chasing the bird up the tree as in Peter and the Wolf. We will listen to clarinetists and clarinet music in our lessons and ask you to do the same at home.

I know that no matter how far you go in your music education my lessons will bring you enjoyment and success. 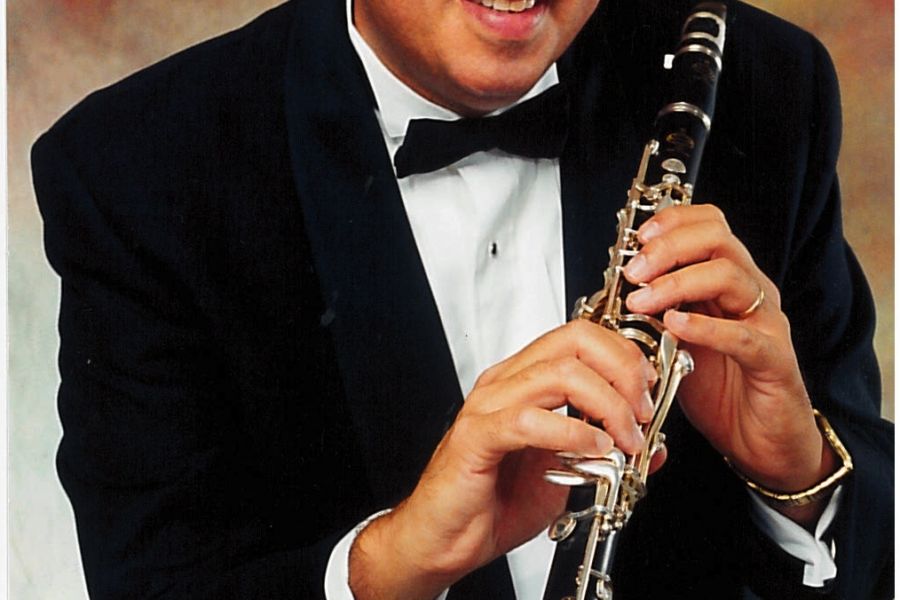