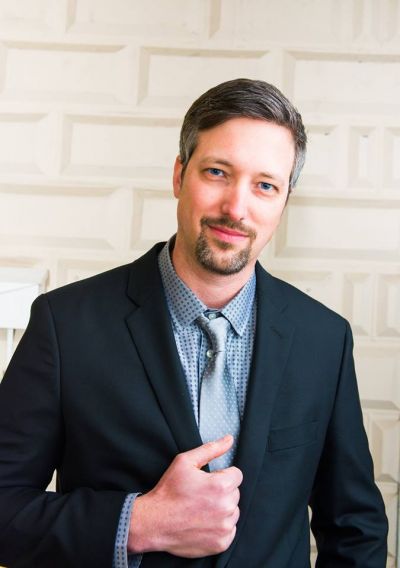 Login or create an account to request lessons with Jon Lauterer.

Jon Lauterer specializes in teaching and performing in all aspects of the percussive arts; from Orchestral Percussion techniques to World Percussion to Drum Set. Jon is a native of the Western North Carolina area and was born into a musical family. His parents were Folk and Jazz musicians but also fostered a deep affinity for Classical music styles as well as contemporary rock and pop. Jon began formal lessons at the age of 10 with local master percussionist, Byron Hedgepeth, whom he still regards as a life-long mentor. He then continued his music studies throughout his public school career leading to an undergraduate degree in Music Education from UNC Wilmington and a Master’s Degree in Percussion Performance from the Hayes School of Music at Appalachian State University. His education earned him a certification as a North Carolina K-12 Music Teacher which he utilized for several years as a High School band director in Columbus County. Jon continues to hone his classroom teaching skills as an adjunct Music Appreciation instructor at Asheville-Buncombe Community College.

Jon currently performs with a wide variety of performing groups around the southeast, including an in-demand special events band, Royal Suits. He can also be seen performing with the Brevard Philharmonic, Sidecar Honey, and various Jazz combos. He is also highly active in the local theater scene, serving as pit percussionist for Asheville Community Theatre, HART Theatre in Waynesville, and the Brevard Little Theatre company.

Jon subscribes to a student-centered teaching philosophy. He believes that the study and performing of music should be regarded as one of life’s greatest joys and can even be highly therapeutic mentally and physically. He believes that each student’s lessons should be geared towards the individual student’s tastes and natural inclinations while including educational elements that will benefit them for years to come in their continuing studies. Jon has studied and performed in a wide variety of musical styles during his 30 years as a musician, which is very beneficial when it comes to catering to each student’s tastes. Rock, Jazz, Funk, Latin, Metal, Reggae, Classical, and World music is all in his wheelhouse. His main goal as a teacher is to inspire and empower the student to become a life-long learner through a deep love of the art of music and performing.