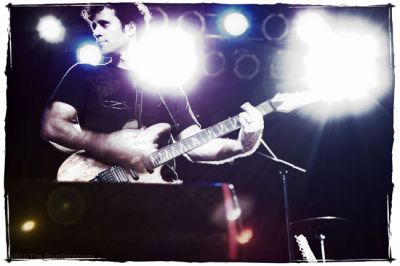 Login or create an account to request lessons with Alec Fehl.

Alec Fehl started taking guitar lessons at age 6 and has been playing guitar for over 45 years. His early years were spent learning basic theory and folk guitar. In his teen years he focused on rock, metal, shred, and classical. College opened his eyes to jazz, fusion, and blues (he earned a Bachelor of Music degree from the prestigious Berklee College of Music in Boston with a major in music production and a minor in guitar performance). He formed his first band in 7th grade and has been playing in bands ever since. He currently plays with Bill Mattocks and The Strut (blues, soul) and Deep River (country) performing at clubs and festivals throughout Asheville and Hendersonville.

As an educator, Alec began teaching guitar in 1985. From 1989-1999, he taught middle school math in the Los Angeles public school system and directed the largest public summer day camp in Los Angeles county. During that time, he continued to play clubs around LA at night – teacher by day, rock star by night. In 1993, he auditioned for the Red Hot Chili Peppers, but the gig went to Dave Navarro.